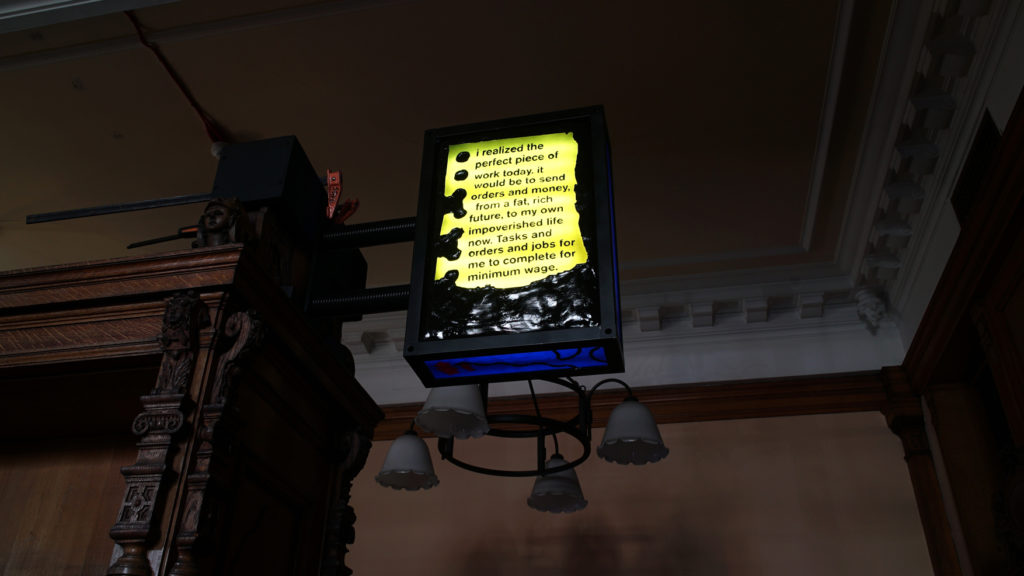 Reacting to the space and theme of the exhibition, Joseph Buckley presented a new lightbox sculpture made for the Poet’s Corner at The Mitchell Library.

Through the use of both sculpture and text Joseph Buckley explores both the material and immaterial properties of objects often through their manipulation. Using the surrounding architecture of New York, Joseph Buckley contrasts grief and powerlessness with that of futile optimism.

Buckley studied at Leeds College of Art and Goldsmiths, University of London, graduating in 2010 and 2013 respectively. In 2013 he moved to the United States where he graduated from Yale School of Art in 2015. 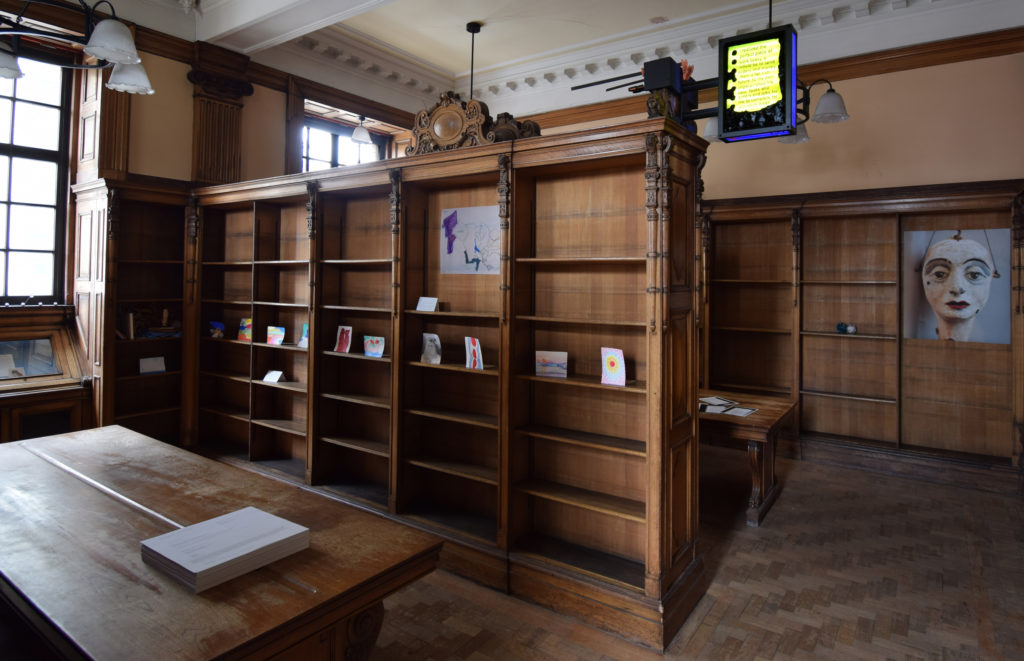 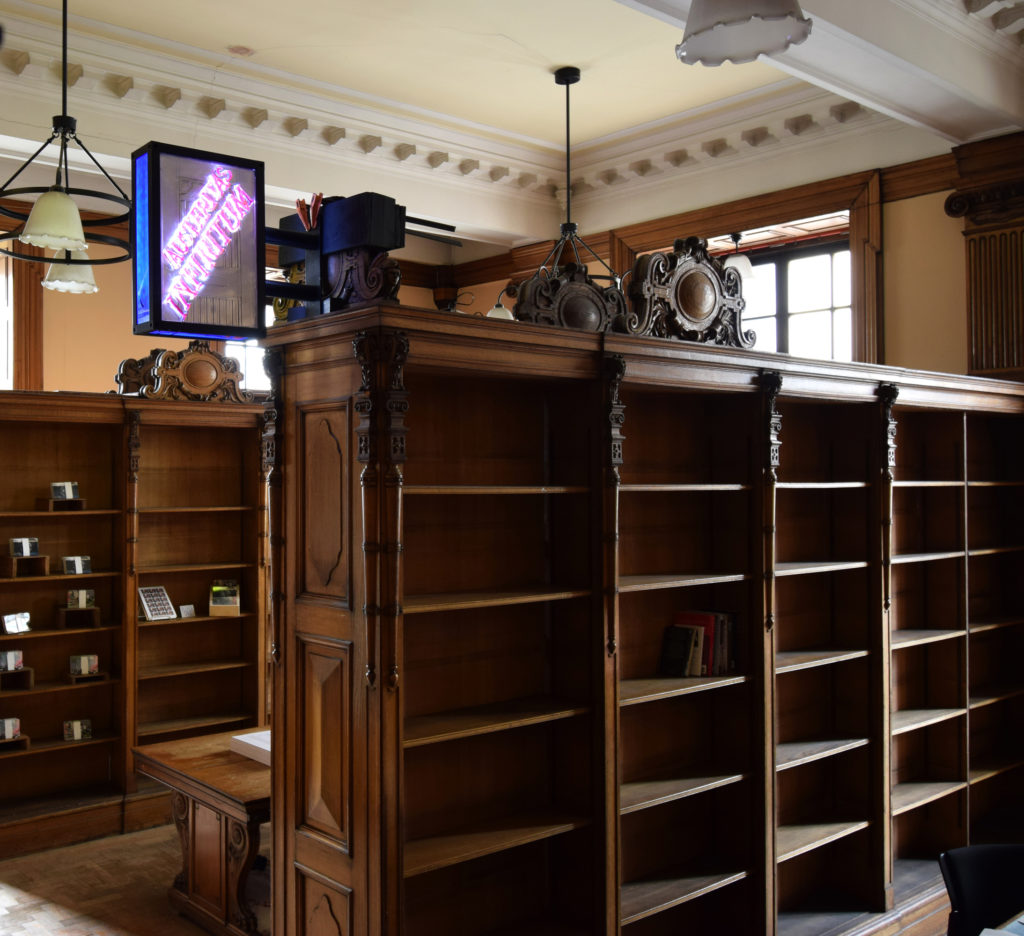 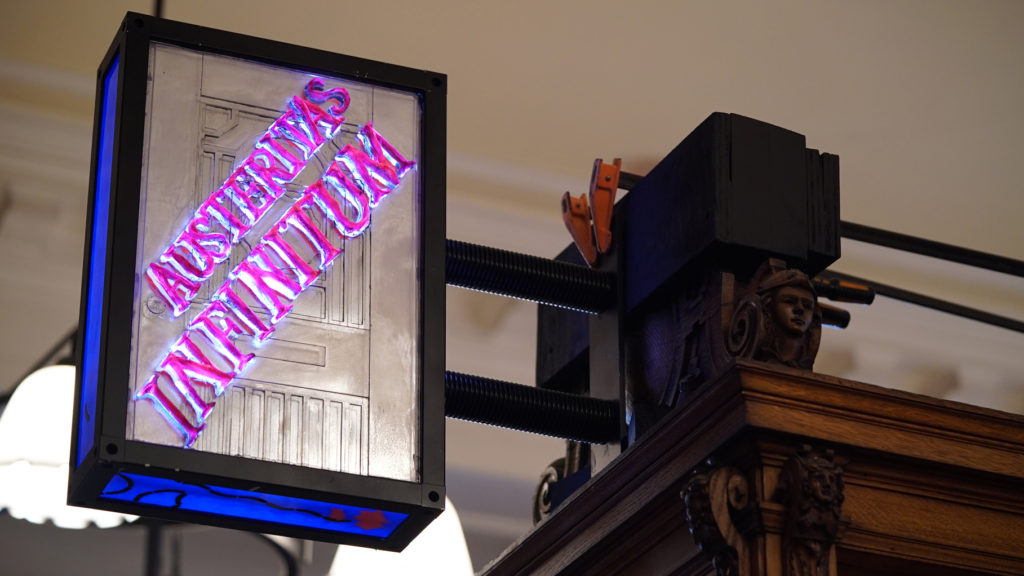